skip to main | skip to sidebar

Whether by my own voice or by the voice of my servants, it is the same.

"There is a portent of stormy weather ahead."
President Gordon B. Hinckley 1998 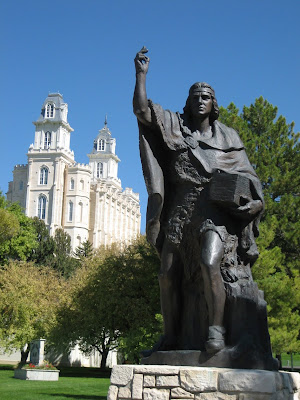 General Conference continues to resonate through my heart and mind as I ponder the whisperings of the Spirit that accompanied the music, talks and testimonies.

But where were the warnings to prepare? some may ask. Let me share with you the comments and observations of a wonderful young man that some of you may know from his YouTube videos where he goes by the name of davidkat99. David shared some thoughts after last April's General Conference which came so forcefully to my mind this past week that I requested and received permission to post them here.

What follows next is David's message:

For the past couple of years, I have wondered why in General Conference, the Brethren have been relatively silent in warning, giving counsel in preparing for the last days etc. I have prayed and yearned for Samuel the Lamanite-like talks, or President Benson's or Bruce R. McConkie's talks... yet instead we have been getting talks on Faith, on Hope.. on Charity/Service etc.. Every conference that we have we seem to hear more on hope, on charity. President Monson’s talk on the mother that needed hope despite having to bury her children in frozen ground with a spoon was almost more than I could bare. Why these talks on the big 3 (Faith, Hope, and Charity) instead of one year’s supply of food, emergency preparedness, preparing for eminent catastrophes?

On my knees asking my Father… here the world is crumbling, disasters are eminent, people are not prepared and need to be. I was very frustrated and wondered WHY ARE WE NOT GETTING THE WARNINGS...

Well… ask and you shall receive.

I then had a wonderful phone conversation with my mother-in-law, and she felt impressed to tell me one thing in particular. She said things are so very close to all of the "prophesied" things to begin happening. We talked about the “cycle" (talked about in the Boyd K Packer's Priesthood Talk in given in conference in April 2009) . We noticed that just before things completely fall apart and collapse with utter destruction, the Lord's annointed stop warning, and start speaking about faith, hope and charity. IT IS THE LAST STAGE IN THE CYCLE.

Then it hit me... The Book of Mormon is a template for this as well. Case in point. We read in Ether... we get all the warnings about secret combinations etc and how the wickedness is abounding and that the people will be destroyed if they don't repent.. then just before the entire civilization gets destroyed we get the 12th chapter on FAITH, HOPE and CHARITY.. then the destructions in the following chapter to the complete destruction of that civilization.

Another example we find in Moroni chapter 8.. just before telling us that the people will perish and the prophecies will be fulfilled, Mormon teaches his son Moroni (and us), about Faith, Hope and Charity. (Note also, the Apostle Paul speaking to the Early Christian in I Corinthians 13 on Faith, Hope and Charity before the fall of Roman and the Christian persecution)

Okay... fast forward to [recent] conferences.. what messages are we hearing... FAITH, HOPE, and CHARITY!!!!!

WOW.. it hit me like a ton of bricks.. It was the answer that I needed to hear about why we aren't receiving the voice of warning like I wanted.

Here is how I see the cycle now: As a people we move from being Humble… to Obedient… to Blessed…. to Living Righteously…. to Ease… to Laziness… to Prideful…. to Selfishness… to Immorality/Sin…. to Having the prophets warn us to repent….. to Wickedness…. to Ripening to the Point of no return….. to No more on Warnings, but teaching the humble followers to have Faith, Hope, and Charity….. -THEN DESTRUCTION, CALAMITIES for the wicked, etc- and purifying the righteous and unfortunately compelling us back to being HUMBLE.....

So, we probably won't see the prophets speaking to us to warn us.. we are past that time, we are in the final stage. This is the Lord's way, just as He has done with the 2 prior civilizations (Jaredites, and the Nephites).. It is my opinion, the more we hear about HOPE, don't DESPAIR, etc .. THE CLOSER WE ARE!

Just as a side note that just hit me, In one of my last videos, "Great Trials Lie Ahead".. Please watch if you haven’t already. Here is the link: http://www.youtube.com/watch?v=jTVECvTYpN0&feature=channel_page

I started out with all of the warnings of McConkie, Benson, Eyring.... and felt very strongly to end the video with the statements of HOPE by Uchtdorf... This is a pattern, it is pattern seen in the Book of Mormon and we are following that same pattern today... NEXT STEP for ALL OF US: The Destruction of the Wicked and the Saints being Humbled.. Which especially here in Salt Lake is needed.

and by the way....the Book of Mormon is true.

Organize yourselves; prepare every needful thing

The Mission of Prepare Today Newsletter & Blog is to encourage people to be to Be Prepared - physically, emotionally, financially, and spiritually.

You can help by sharing this information with all who 'have eyes to see and ears to hear'.

Disclaimer: Due to the nature of emails and the internet it's possible for this information to travel far beyond the original intended audience. If you're not a member of The Church of Jesus Christ of Latter-day Saints (commonly referred to as LDS or Mormons) you may encounter ideas and terminology that are new to you. There are links below leading to websites you may find of interest.

The person who compiles and writes this newsletter is a dedicated member of the LDS Church and it is solely this person's decision which items to include, edit or write; at no time is The Church of Jesus Christ of Latter-day Saints responsible for any decisions or errors that may find their way into the newsletter.

Emergency Preparedness Specialists: You are free to use this information (all or in part) in your efforts to encourage and support others in their efforts to be prepared.

If you want to know more about The Church of Jesus Christ of Latter-day Saints please go to:
http://jesuschrist.lds.org/
~
http://mormon.org/
~
http://lds.org/
.